"Standing" to Sue: An Attorneys Assessment of my Case

Milt Toby is an attorney, author, photographer, golf rules official, and weight lifter with a lifelong interest and involvement in the horse industry. He grew up showing American Saddlebreds, then switched to hunters, dressage, and combined training. Milt worked at some of the country’s largest horse shows as a steward for the American Horse Shows Association (before the organization morphed into the United States Equestrian Federation), and he has attended equine events on six continents. The author of five books, including The Complete Equine Legal and Business Handbook and Ruffian, Milt is the current Chair of the Kentucky Bar Association’s Equine Law Section.
-----------------------

One thing that strikes me about Mr Tobys accessment of my case against the BLM in Nevada is that he does not consider the fact (as did the judge) that I may have standing afterall. The issue is not my actual standing so much as the way my argument alleging standing was put together. My initial "standing" argument was badly formulated and weak,....and that was precisely why Judge Huvelle dismissed my case w/out prejudice (with leave to fix and renew)...and that 'fix" is still in the making with a projected re-submission date sometime in the early part of this new year --- No Standing? ROCK ON indeed. 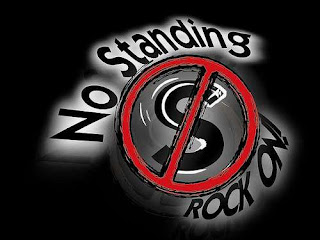 This article by Mr Toby appears in "TheHorse" online magazine.

You can sue anybody for anything, no matter how goofy the claim, so long as you can make your way to the court clerk’s office and pony up the filing fee. That’s what I tell students in my undergraduate equine law classes, and it’s true—up to a point. Securing a place on the court docket is easy, but it is only the first step in what may become a very complicated and time consuming legal process. Filing a lawsuit does not guarantee that you will win, or even that the dispute will be heard by a judge and jury.

A case in point involves the Bureau of Land Management’s controversial "gathers" of wild mustangs in Nevada. The BLM argues that the roundups are necessary to keep wild horse populations in check; opponents claim that the action unnecessarily threatens the welfare of the animals and violates the Wild Free-Roaming Horses and Burros Act of 1971. Legal action in Nevada to stop the roundups was unsuccessful. Last fall, animal welfare advocate Christine A. Jubic sought to stop a BLM roundup and relocation of wild horses with a slightly different legal tactic. She filed a complaint in the United States District Court for the District of Columbia, rather than in Nevada where the roundup was scheduled to take place. There is some logic to this. The BLM is a federal agency based in Washington, so what better place to file a lawsuit against the agency?

Jubic claimed that the BLM plans violated the Wild Free-Roaming Horses and Burros Act, the National Environmental Policy Act, the federal Land Policy Management Act, and other federal laws. She asked the D.C. court to issue an injunction halting the roundup until her case could wind its way through the system, buying the mustangs some time.

The principal issue was not whether Jubic was likely to win in the end, one of the legal requirements for an injunction, or even whether her claims had any merit at all. The question, instead, was whether she had a legal right to file the lawsuit in the first place. Although Jubic once lived in Nevada, she currently resides in New York. That, standing alone, did not affect her right to sue in D.C. Her claim for relief was based on her long-standing "love affair" with the area of Nevada where the roundup was to take place and the fact that she planned to revisit the area, and presumably the wild horses, "before she dies." The nature of the claim was the problem.

The district court never got to the merits of Jubic’s lawsuit, never decided who was right and who was wrong. The court dismissed the complaint because Jubic lacked "standing" to ask the court for relief. The judge ruled that Jubic’s generalized complaint about the wild horse roundups—"raising only a generally available grievance about government" and alleging only a "general interest in proper application of the Constitution and laws"—was not sufficient to show that she had suffered, or ever would suffer, a real injury. Jubic had neither an interest in the horses nor in the land where the roundup was to take place, the court said, and her lawsuit was dismissed.
*BLOGGERS NOTE: The court DID NOT find that I "had neither interest in the horses or the land" but rather, that I FAILED to allege an interest in... BIG Diff.

For some complaints, no matter how meritorious or well founded, there is no legal remedy.


Click on title above to go to original article and for a place to leave comments;
http://cs.thehorse.com/blogs/horses-and-the-law/default.aspx
Posted by Mz.Many Names at 8:18 AM