Kiefer Sutherland may play a tough guy on TV but in real life he got taken for nearly a million dollars in a cattle investment scam.

Actor Kiefer Sutherland is charged with assault for an alleged head-butt.

More PhotosAccording to court papers, Sutherland invested $869,000 in cattle a few years ago, but the deal turned out to be, well, a bunch of bull.

Sutherland, who plays agent Jack Bauer on the hit series "24," was one of several victims of Michael Wayne Carr, a steer-roping promoter and cattle manager who is accused of bilking investors out of hundreds of thousands of dollars by the San Joaquin County, Calif., District Attorney's office.

Deputy District Attorney Stephen Maier told ABCNews.com that Carr was running a ponzi scheme in which he promised investors that he could purchase cows in Mexico and resell them in the U.S. for a huge profit.

Sutherland, who never met Carr, learned about the investment opportunity while he was working on a film in which he played a cattle-roping cowboy.

The actor made an initial investment of nearly half a million dollars in 2006 on which he received a "huge profit," Maier said.

The prosecutor said the money most likely came from the illegal sale of a Colorado man's cattle that had been entrusted to Carr.

"Mr. Sutherland has been very friendly and helpful with our investigation," Maier told People. "I'm sure he's happy someone's getting to the bottom of this."

Carr was arraigned Monday on 12 felony charges: five counts of grand theft, three counts of forgery, two counts of obtaining money by false pretenses and one count each of embezzlement and falsifying corporate books.

He faces 18 years in prison if convicted on all charges.

As for Sutherland, will he remain a cow man? According to TMZ, Sutherland owns a ranch in Montana and has even entered rodeo competitions. Perhaps he'll, er, "steer" clear of any more cattle deals. 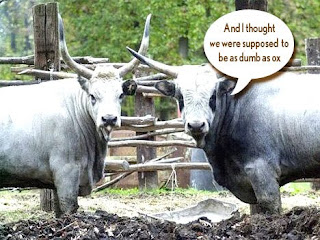