Another ObombaNation: Transparency in Gov a Farce 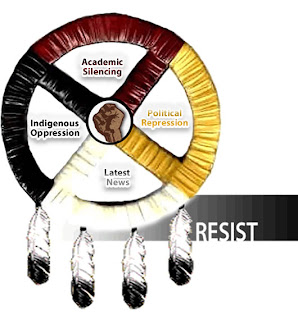 Truth is being silenced by secrecy in government, media consolidation, criminalization of political dissent, and smear campaigns. Education is under assault because it provides access to the historical truths, critical thinking, and alternative perspectives that lay the groundwork for structural change.


Sheila Liaugminas | Wednesday, 6 January 2010
C-SPAN wants open hearings
As it should be.


“The C-SPAN television network is calling on congressional leaders to open health care talks to cameras — something President Barack Obama promised as a candidate.

Instead the most critical negotiations on Obama’s health plan have taken place behind closed doors, as Republicans repeatedly point out. In a Dec. 30 letter to House and Senate leaders released Tuesday, C-SPAN chief executive Brian Lamb asked for negotiations on a compromise bill to be opened up for public viewing, as Democrats work to reconcile differences between legislation passed by the two chambers.

Obama pledged during a presidential debate in January 2008 that he would be “bringing all parties together, and broadcasting those negotiations on C-SPAN so that the American people can see what the choices are.”

Why the need for such a plea?

This is one of my chief complaints about this administration. Barack Obama repeatedly and convincingly (to great throngs of admirers) promised transparency in his government. Besides other promises he has broken…..to be post-partisan, ‘bring all parties together’, listen to voices that disagree, etc…….Obama has run an administration and a party in Congress that operates behind closed doors with no access to anyone but cronies and party loyalists.

And actually, the more they obscure, the more the people are beginning to see.
Posted by Mz.Many Names at 8:28 AM