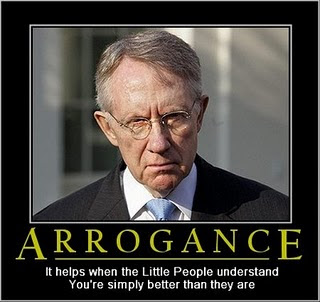 Sen. John Cornyn, R-Texas, has joined Republican National Committee Chairman Michale Steele in calling on Harry Reid to resign his Senate majority leadership role after news broke over the weekend that Reid described then-candidate Barack Obama in 2008 "light-skinned" with "no Negro dialect" unless he wants one.

Cornyn, head of the National Republican Senatorial Committee, said Sunday that Reid should follow the example set by Trent Lott in 2002, who resigned his leadership post after making unfortunate remarks at the centennial birthday party for Sen. Strom Thurmond, who had been a segregationist in the 1940s.

"In 2002, Democrats expressed outrage at Senator Lott and called on him to step down as leader. That same standard should be applied to Senator Reid and his embarrassing and racially insensitive statements; statements, I would add, that Senator Reid still has yet to clarify," Cornyn said in a written statement.

"As we await his explanation, Senator Reid should do the right thing, follow the example that he himself set in 2002, and step down as majority leader."

Earlier in the day, Steele also accused Democrats of hypocrisy on the matter.

"There is this standard where Democrats feel that they can say these things and they can apologize when it comes from the mouths of their own. But if it comes from anyone else, it is racism," Steele told "Fox News Sunday."

"If (Senate Minority Leader) Mitch McConnell had said those very words that this chairman and this president would be calling for his head, and they would be labeling every Republican in the country as a racist for saying exactly what this chairman has just said," Steele continued.

Reid went into damage control over the weekend, mobilizing a raft of supportive statements both in Washington, D.C., and Nevada.

Reid spoke by phone to numerous Democratic senators and took part in the regular weekend call with Sen. Jack Reed of Rhode Island to go over the Sunday show talking points on his gaffe and other topics.

Reed and Reid were on the call with staff members for Sens. Dianne Feinstein and Joe Lieberman. The message: Reid did it, it was wrong, he apologized immediately, the president has accepted the apologize, time to move on.

"Harry Reid made a misstatement. He owned up to it. He apologized. I think he is mortified by the statement he's made," Reed said on "Fox News Sunday." "And I don't think he should step down. I think he's a valuable member of the Senate and someone who's going to continue to lead."

"Clearly this was a mistake. Clearly the leader misspoke. He has also apologized," Feinstein said. "So the president has accepted the apology. And it would seem to me that the matter should be closed."

Reid was not speaking publicly about the matter on Sunday. Aides said he had no plans to cancel his appearance at a scheduled event on energy on Capitol Hill on Monday.

Reid is taking ownership of his comments, having made the remarks directly to one of the authors of "Game Change," the tell-all book on the 2008 presidential campaign being released Tuesday. Reid spoke straight to author Mark Halperin in context of what he believed was a positive statement about why he backed Obama as early as he did.

Reid and his staff did not expect this direct quote to appear in the book and he began apologizing shortly after the excerpts were reported on the Web site of The Atlantic magazine. According to several sources familiar with the senator's actions, Reid called Obama from his home in Searchlight, Nev. Obama took the call in the Oval Office.

"I deeply regret using such a poor choice of words. I sincerely apologize for offending any and all Americans, especially African-Americans for my improper comments," Reid said in a statement.

"I was a proud and enthusiastic supporter of Barack Obama during the campaign and have worked as hard as I can to advance President Obama's legislative agenda."

In a written statement Saturday, Obama said he accepted Reid's apology "without question because I've known him for years, I've seen the passionate leadership he's shown on issues of social justice and I know what's in his heart."

"As far as I am concerned, the book is closed," he added.

A senior Democratic source with close contacts on Capitol Hill said Reid is not depending only on Obama for forgiveness.

"He's in the midst of an aggressive mea culpa tour that has thus far produced supportive statements from key African American leaders in the Congress and civil rights community. He's got a strong record on social justice and related issues and is doing the right thing by immediately taking responsibility for the comment. He knows it was a boneheaded thing to say and is showing appropriate remorse," the source said.

Democratic National Committee Chairman Tim Kaine also defended Reid. "I don't think this is an issue that is going affect his leadership at all. In fact, he's doing some very heavy lifting -- wonderful lifting right now to get this health care bill over the goal line," Kaine told "Fox News Sunday."

The Democratic source added that Reid will likely not lose his position, as Senate Majority Leader Trent Lott did after his 2002 tribute to the now-deceased Sen. Strom Thurmond on his 100th birthday.

"The only way he gets deposed is if the Democrats decide they have a political interest in seeing him go. Based on the reaction thus far, he'll endure a few bad days but will be fine in the long run and can focus his efforts on his campaign."

But Steele responded that if Lott is the standard, then Reid's comments fall into the same category for resignation.

"It's more than just an apology here. It's a reflection of an attitude. Now, remember, this is the same leader who, just a few weeks ago, you know, was talking about health care in the context of slavery. Clearly, he is out of touch not only with where America and his district are but where -- how African-Americans generally feel about these issues," he said.

Steele's response Sunday was much more fiery than his initial tepid remarks to the news a day earlier. Some had suggested the reason for his stilted reply was due to his own use of the racially charged term "honest injun" during an interview last week.

Steele said he too never intended to make a racial slur.

"Well, if it is, I apologize for it. It's not an intent to be a racial slur. I wasn't intending to say a racial slur at all," he said.

Sen. Jon Kyl, R-Ariz., agreed that if Lott should have resigned, then Reid should too.

"Harry Reid has said a lot of insensitive things for which he's had to apologize," he said. "My tendency is that when these people apologize, if you know what's in their heart, they shouldn't. But I'd like to see the same standard applied to both."

Reid's aides cite vast differences between him and Lott. They say Reid has backed civil rights legislation, has voted for pro-civil rights court nominees, has promoted diversity in hiring in the Nevada casino industry and has always had an open and productive relationship with the civil rights community in his home state and nationally.

With Reid's poll numbers tanking in his home state, the majority leader is persisting. With no challenges to his majority leader position, he also will not drop out of his re-election race.

But rank and file Democrats have been put in a difficult position. They don't want to sound like nothing happened, but are uncomfortable criticizing Reid in public.

Click on title above to go to original article and leave comment;
http://www.foxnews.com/politics/2010/01/10/reid-mounted-aggressive-campaign-minimize-obama-negro-comment/
Posted by Mz.Many Names at 10:39 PM