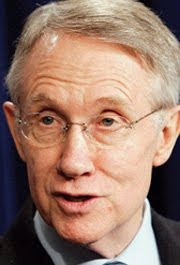 On eve of clean energy summit, Reid voices support for fuel some see as bridge to future 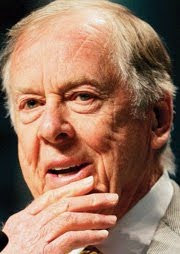 The idea came from natural gas entrepreneur T. Boone Pickens, and Reid described himself as “an absolute convert” to the idea.

It was an unexpected introduction to Reid’s second annual star-studded gathering of people interested in promoting clean energy, which runs today and Tuesday at Cox Pavilion on the UNLV campus. The Senate majority leader has been a champion of renewable energy — and natural gas is not a renewable resource. Neither is natural gas extraction a big industry in Nevada.

But natural gas is considered cleaner than coal and oil. And advocates of clean energy say that although wind, solar and geothermal are still the ultimate goal, natural gas can serve as a bridge resource that can reduce carbon emissions while the nation develops those renewable resources.

Congress approved the tax incentives a few months later as part of the bailout of financial institutions. Transforming the grid and other key suggestions were addressed in the economic stimulus bill, and others are included in the climate and energy bill, which was passed by the House in June but is held up in the Senate.

But the movement toward renewables was slowed over the year by a powerful counter-force: the crash of credit markets. That crash, combined with logistical challenges, has led to slower development of renewable energy than anticipated last year, conference participants said in interviews last week.

As development of renewables sputtered, natural gas gained some momentum as prices dropped 70 percent. Prices are expected to stay low as producers have discovered vast new supplies through new technology that allowed them to drill through dense rock.

Pickens, who built his fortune on natural gas, is an example of the changing energy landscape. Last year he introduced a plan to have cars run on natural gas converted to fuel, and to build wind farms and other renewable energy plants. But last month, he announced he was postponing plans for the largest U.S. wind farms because of difficulty accessing credit and connecting to transmission lines.

Reid to T. Boone; "You know, as I told (ex)Congressman Burns waaay back in 04',...Nevada has a problem with all them dern "wild" hosses on the public lands. They are the only things standing in the way of our development plans...."

Reid to T Boone; "Let me talk to my pal Big Sal and see if we cant come up with a plan."

Thus was born the "Salazoo Plan" to remove our wild horses (and burros) off of their historic rangelands and into privately run "Salazoos" and "Pickins Preserves.".