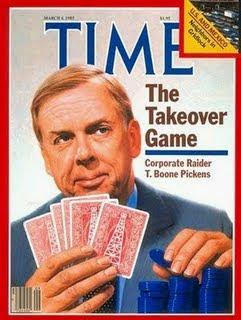 Outcry against 'colonial' takeover by BP of Rumaila oilfield in Iraq

The British oil giant BP will today take control of Iraq’s biggest oilfield in the first important energy deal since the 2003 invasion. The move has created uproar among local politicians invoking resentful memories of their nation’s colonial past.

The agreement to develop the Rumaila field, near the southern city of Basra, will potentially put Iraq on the path to rivalling the riches of Saudi Arabia within a decade — if the Government can fend off corrupt officials, continuing terrorist attacks on pipelines and political uncertainty.

Many Iraqi MPs say that the deal is illegal, and that the constitution should give them, not the Oil Minister, the final say over the country’s vast resources.

BP will develop the field, believed to hold about 17 billion barrels of oil, with CNPC, a Chinese oil producer and supplier. Along with other agreements to be signed this year, BP’s presence is forecast to increase Iraqi production from 2.5 million barrels a day to 7 million in about six years.

Related Links
BP wins Iraq oilfield contract after fee row
BP agrees cut-price Iraq oilfield deal
New hope for Iraqi oil as major companies return
Ownership of the field will remain in Iraqi hands — as the Government has been at pains to point out — with the contract giving the companies $2 for every barrel extracted. Industry critics have branded the return derisory, but say that BP is eager to get a foothold in Iraq.

After years of stagnation, Iraq appears determined to exploit natural resources to fund infrastructure improvements. It is the world’s 11th-biggest oil producer, with the potential to climb to third place or higher. “With an extension of the pipeline network they could reach the [output level of] the Saudis,” said Ben Lando, of the website Iraq Oil Report.

After years of misrule under Saddam Hussein, coupled with the effects of UN sanctions, and the post-2003 violence, Iraq has been left as the poorest Arab country after Yemen. Poverty has fed impatience with the Government of Nouri al-Maliki, and driven people into the arms of insurgents. There are fears that instead of transforming infrastructure, Iraq’s energy wealth could be creamed off by a corrupt elite, as in other Arab countries. Indeed, some observers wonder whether the incessant political fighting over control of oil makes it more of a curse for the country.

BP has not been criticised directly, but its involvement will revive memories of past exploitation by the British. It is believed widely that Britain created and controlled the country for the benefit of British exporters.

This week several MPs wrote a letter of protest to Christopher Prentice, the British Ambassador in Baghdad, saying that BP’s move was undermining democracy by circumventing parliamentary approval of the Rumaila deal. “BP’s willingness to sign the contract encourages the Oil Ministry to violate the constitution,” said Jabir Khalifa Jabir, secretary of the oil and gas committee in parliament.

Behind the protest is the desire among many politicians to get a slice of the revenue through lucrative commissions to approve deals. The row over Rumailah has the potential to turn into a fully fledged battle over control of the vast revenues.