"The Wilderness Warrior"- Theodore Roosevelt & The Crusade for America 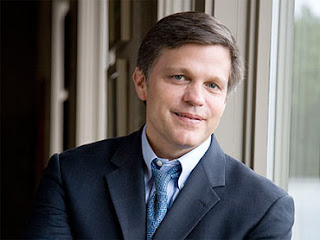 
The prodigious writer and historian Douglas Brinkley just released his latest book-- "The Wilderness Warrior: Theodore Roosevelt and the Crusade for America" --and I've had a chance to chat with him a few times about it. Every time I leave one of these conversations I feel a little better for it. No matter what the subject is - and Doug's covered many in his nearly two decades of writing (not just the lives of past Presidents) - his mind is constantly moving - fueled by an intense desire to discover information, write it down, and share it with the world. I'm thrilled that he's agreed to be the first author featured on our new site.

What inspired you to write this book?

Doug Brinkley: My parents had a 24-foot Coachman trailer, which was maintained, on our driveway in Perrysburg, Ohio. Every summer we would hitch it up to our Pontiac station wagon and visit National Parks. Three of my favorites were Crater Lake in Oregon, Wind Cave in South Dakota, and Mesa Verde in Colorado. All were designated as National Parks by Theodore Roosevelt. Later, when I taught history in New Orleans I was amazed to learn that Roosevelt had saved our states’ barrier islands and was an Auduboner. I decided to write a book on how T.R. was our only naturalist president.

JG: What surprised you the most during the writing process?

DB: Just how much land T.R. saved. First, there were his national forests: over 150 million acres. Many of those have been enlarged so the figure is closer to 200 million. His fifty one federal bird reservations has turned into a legacy of over 25 million acres and does not include the marine conservation zones which grew directly out of Roosevelt’s saving of the Western Hawaiian Islands and Key West among other marine parks. The figure could be higher, some historians, in fact, claim that Roosevelt’s legacy is actually our entire 600 million acre public lands system. As the argument goes, if Roosevelt didn’t change the concept of public domain to public lands we would not have our current day green grid. Some of TR lands, however, became reclamation sites.

JG: What would you be doing, if you weren't a writer?

DB: I would have been a zoologist. Animals interest me more than anything else. Right now I’m interested in Louisiana black bear rehabilitation.

JG: What else are you reading right now?

JG: What's next for you?

DB: I’m writing a biography of Walter Cronkite based on his personal archive and interviews with family and friends. It will be published by HarperCollins in 2010. And I plan on spending sometime in Carmel, California with my family.