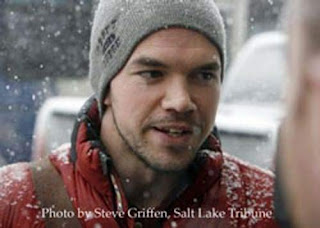 The U.S. government is demanding $81,000 from a Utah man who is facing felony prosecution for allegedly bogus oil and gas lease auction bids.

The U.S. Bureau of Land Management, which sent Tim DeChristopher a demand letter, says the U.S. Attorney's Office in Salt Lake City was responsible for the request for payment, the Salt Lake Tribune reported Tuesday.

DeChristopher, a 27-year-old University of Utah student, was indicted last week. He is accused of bidding on government land parcel leases with the intent of not paying for the 11 auctions he won.

"You have lost the opportunity to obtain these lease parcels," the letter demand said. "Regardless, the amounts specified above are still required to be remitted."