Activist bid to save pristine land 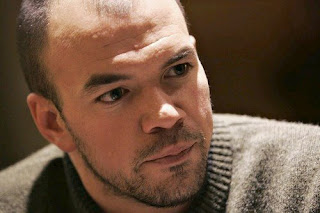 Tim DeChristopher, a college student, has become a sudden celebrity among environmentalists. He’s raised at least $45,000 in donations, enough for a first payment.

To block oilmen, an activist snatches up acres at auction -- with no way to pay. He and the parcels are now in legal limbo.

Reporting from Salt Lake City -- Environmental activists were marching glumly outside the Bureau of Land Management offices here one day last month, as inside hundreds of thousands of acres of pristine federal land were auctioned off in an 11th-hour Bush administration effort to leave its mark on the West.

Tim DeChristopher, a 27-year-old college student, had slipped into the auction room and saw a woman he knew, a fellow environmentalist observing the event. She was weeping as Utah's wild lands were sold off parcel by parcel.


DeChristopher decided he had to act. So he began bidding.

By the time BLM officials caught on, DeChristopher had bid $1.79 million he did not have to acquire the rights to 12 parcels totaling 22,000 acres. Federal authorities threatened to prosecute DeChristopher for bidding without cash in hand.

As news of DeChristopher's actions spread, he promptly raised enough for a first payment. On Jan. 9, he announced he had at least $45,000, mostly donated in $5 or $10 increments by thousands of online benefactors.

A federal judge on Monday is due to rule on a lawsuit filed by environmental groups to nullify the lease sales. But DeChristopher and his supporters hope that, should that last-ditch legal effort fail, the money he's raised will delay a final decision on the fate of the parcels he bid on until the inauguration of Barack Obama, whose aides have criticized how the current administration fast-tracked the auction.

"I had really prepared myself for the worst. I was thinking three to five years in prison, that's what I'm looking at," DeChristopher said in an interview last week. "Now things are looking more positive. The fate of that land will either be decided by me or by the Obama administration."

A BLM spokeswoman said DeChristopher's offer of payment was too little, too late. Mary Wilson said he owed $81,000 on the day of the sale and significantly more by Jan. 6. "Since he made up his rules for the auction," she said, "he's making up his rules on how to pay for it."

The agency hasn't decided whether the parcels legally belong to DeChristopher. That will be determined by an investigation by the agency and the U.S. attorney's office here. Until that probe is concluded, DeChristopher's legal status and that of the parcels he bid for are in limbo.

Regardless of the outcome, the soft-spoken DeChristopher has become a sudden celebrity on the environmental circuit. He spent a weekend at the Wild and Scenic Environmental Film Festival in Nevada County, Calif., courtesy of the event's organizers.

"The guy just showed incredible chutzpah," said Dan Hamburg, a former U.S. congressman from Northern California who is executive director of Voice of the Environment, which donated $5,000 to DeChristopher. "I hope he's inspired a lot of other people to take similar action."

But Kathleen Sgamma, an official with the Independent Petroleum Assn. of Mountain States, said DeChristopher should be prosecuted if BLM determined he acted illegally.

"He is costing the state of Utah a lot of money," Sgamma said.

DeChristopher's gambit caps the recent battle over the energy-rich red rock canyons of southern Utah. The Bush administration has long sought to open the area to more drilling.

On Nov. 4, administration officials announced that they would auction off hundreds of thousands of acres, some abutting popular national parks including Arches and Canyonlands, at a Dec. 19 auction. The BLM did not consult with the National Park Service, as it usually does.

Environmentalists accused the Bush administration of trying to rush through a sale before it left office. The BLM scaled down the sale, dropping a parcel that was under a golf course in the town of Moab and others directly adjacent to national parks. Still, when bidders gathered in Salt Lake City, 131 parcels were for sale.

DeChristopher had an economics exam at the University of Utah that morning. The final question was whether the prices paid at the auction would represent the true cost of energy exploration. The answer, he wrote, was no: They would not take into account the environmental and public health effects of fossil fuels. Then he went to the BLM office to join the picket line.

The scene "was like a funeral march," DeChristopher said.

He decided to enter the building, hoping to disrupt the proceedings. An official inside asked him whether he was there for the auction. Why, yes, DeChristopher responded. Are you a bidder? she asked.

He was handed a small laminated card with No. 70 on it and ushered into the auction room. After making a few bids to drive up the energy companies' costs, he decided to bid for as many parcels as he could.

"I sat there watching one parcel after another going into the hands of oil developers, and I knew the land would be pretty much ruined," he said. "I got to the point where I couldn't sit there and watch anymore."

He got to 12 parcels before BLM officers ushered him into a rear room for questioning. BLM officials said that when DeChristopher had identified himself as a bidder, he signed a form vowing to pay all necessary fees that day. He said he had no intent to pay. They ejected him from the building, and the bidding resumed.

Afterward, DeChristopher was flooded with encouraging e-mails from as far as Norway. The head of the BLM under President Clinton, Pat Shea, offered to act as his attorney. Environmentalists took up his cause on Facebook.

A Moab-based group is administering the donations. The figure of $45,000 is what BLM officials told him he owed when they detained him.

DeChristopher, who shares a rented house with several roommates, is banking on a summer job with an environmental group to pay his bill.